My father, “Chuck” as he preferred to be called, was such a powerful, generous force in this world, that I feel compelled to tell you about him in this newsletter this month. He left his physical body recently as he succumbed to a series of serious illnesses.  During his last 6 weeks, my sister, Julie, and I were by his side, trying to support and assist him.

Fortunately, Chuck was not only my father, but also my best friend.  Throughout my life, we communicated about many topics, including death & dying.  I am fortunate to have known exactly how he felt about dying and what his wishes were with that process, and to be in the position to facilitate his desires at a time when he could not do it for himself. In that sense, I am comfortable and at peace with his death, even though I will always miss his physical presence.  Chuck lived in the moment, he was truly present taking in everything and yet he planned well for the future, leaving nothing to chance and making his ending easier for his family.

His greatest gift to me was giving his time, his open communication and having him model and demonstrate true greatness.  My father had the uncanny ability to find the most novel and unique solutions to problems of all types.  Just when you thought that there was no way to solve that convoluted maze of an issue, he found the way out and he loved to help everyone solve complex problems of every variety!

He taught me to do my best in everything, but if I could do 100%, to go beyond that and do 150%.  He instilled strong ethics, to take responsibility and to meet all commitments and obligations, with excellence, grace and without reservation. There are no excuses, according to my father.  “Excuses are a dime a dozen,” he would say.  You make your own luck with your vision, your brain, your will and plain hard work and effort.  If he decided to do something, nothing would stop him.   I loved that about him and I have integrated that concept as part of my personality.  This provides an incredible sense of inner freedom that is priceless and I learned it from him and gained it genetically.

While he worked hard, he also played hard.  My father loved life and he drank and tasted every bit of it.  He truly lived life to the fullest.  He was not afraid to go after what he wanted from a young age and he was not afraid to make mistakes!  He would simply fix his errors and move on.  Chuck had no boundaries.  He had a wonderful time, and he made lemonade out of rotten lemons!  He could always see how an incredible business opportunity could be made before none existed.  He was born with inner vision.

In his Vedic astrological chart, my father has a Moon/Jupiter opposition in angular houses forming Gaja kesari yoga.  This yoga played out in his personality and his life continuously.  Just as this particular yoga manifests, he was extremely popular with everyone.  People gravitated to him constantly, as they wanted to absorb his wisdom, generosity, sense of abundance and kindness.  He seemed to have an infinite supply and never ran out, even to his last day.  He always had a kind word, an encouraging word, a sweet, loving kindness for everyone, regardless of who they were.

My father represented the best that the planet Jupiter conveys.  Chuck was Jupiter personified.  Those who understand Jupiter, know that this planet exudes pure “goodness.”  Jupiter is generous, optimistic, full of abundance, and perceives the glass as overflowing, even if it is empty.  Jupiter is larger than life, has the big perspective, is wise, an advisor to all, full of sweetness and kindness.  This was my father to a tee.  Some of the last words he uttered were, "I only want there to be goodness. No meanness."

Words cannot truly convey his greatness.  His generosity to the world was way beyond himself, and like Jupiter, knew no bounds.  He did for others because he could, not for what he would get out of it.  He always had time to help anyone in need before they asked for his help.  My father made the time to help, even if it put him at a disadvantage.  He was a doer, not a taker, a giver, not a receiver.   He ignored people’s frailties and always found the good in people, no matter how appalling they may appear or behave.

My father’s word was his sacred bond.  If he made a promise, he kept it, no matter what it took out of him.  If someone helped him in some way, he returned it 1,000 times over.  Purest of Jupiter, that’s who he was.

He also had a strong Mars, which made him fearless, powerful, driven, and daring.  Nothing stood in his way and when he had to assert himself or fight for what was right, he had no problem doing so.  What a great combination, to have that high level of generosity, spiritual acuteness and abundance of Jupiter, with the drive, energy, motivation, ambition and fearlessness of Mars!

My father truly knew the secret of life!  He had few regrets or disappointments because he always saw the big picture, separating what mattered from what was not worthy of his time or energy.  He knew that life is temporary, that you can’t take the material world with you.  Yet, he thoroughly enjoyed every sensate experience he could have!  He did not let materialism run his life, and yet he was equally right in the moment enjoying every sight, smell, taste, sound, laugh, absurdity and texture of life.   He always told me not to cry very long when he dies because “know that I did everything I wanted with my life and I did not wait to experience and enjoy it! I achieved everything I set out to do!”  My father, Chuck, left the world a much better place than he found it.  Thousands of people are better off for having experienced him and he lives on through his good deeds, his generous spirit and his Jupiterian brilliance!

In Memory of my Father, Charles Goldstein 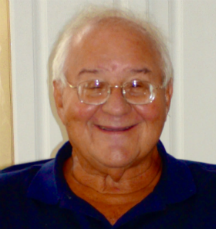